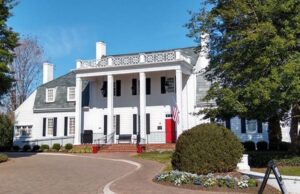 Part of the charm of living in Virginia is the rich history that surrounds us. The founding fathers and many of the first colonists who helped build the foundation of our nation lived in the very same cities and towns that we now occupy. If you are looking for a day trip or an interesting afternoon activity, start by exploring the history right next door! 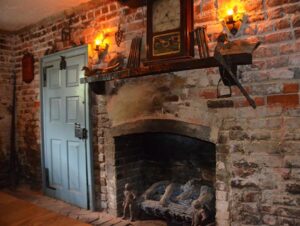 Belgrade Plantation was originally built in 1732 and was expanded in 1824 when wings were added to the main house. During the Civil War, the house served as headquarters to General A.P. Hill and was used as a Confederate hospital. The house changed names twice, once to Belvidere and then to Alandale, before becoming the current home to Ruth’s Chris Steakhouse.

During the nineteenth century, travelers heading south from Richmond to Petersburg would stop at the Halfway House for food and lodging. The aptly-named inn hosted famous guests including the Marquis de Lafayette, Patrick Henry, Thomas Jefferson, Robert E. Lee, U.S. Grant, and James Whitcomb Riley. The historic inn is now home to a family-owned restaurant that retains the feel of the Revolutionary period. 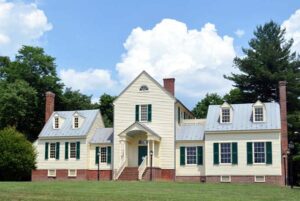 Conspicuously located at the Chesterfield Court House is the unique, Federal-style house at Castlewood. The five-part house was built in 1917 by county clerk Parke Poindexter and the layout is unique among Virginia’s historic dwellings. While the house is a unified composition, it was built in stages. The middle section was probably built circa 1816 by Poindexter, and the south wing may have been part of this original construction. The woodwork in this wing dates from the 1830s, however. The north wing seems to have been moved from elsewhere and predates the rest of the house. It is now used by the Historical Society for events and special functions. 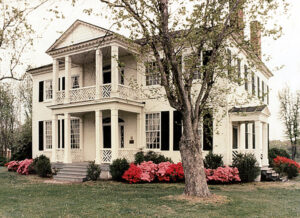 The well-preserved house at Magnolia Grange was based on designs from an architectural pattern book used by Virginia builders in 1806. The name Magnolia Granges stems from a circle of magnolia trees and formal boxwoods that once graced the lawn. Much of the original ornate woodwork remains intact, including elaborate ceiling medallions and Federal mantles with slender Ionic columns that support an embellished entablature and deeply molded cornice. The house has been restored and now serves as a museum featuring a variety of living history programs to help bring the 19th century to life. 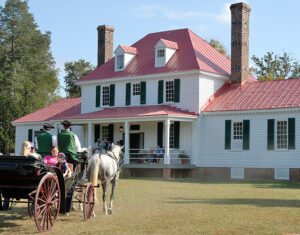 The crown jewel of the county’s historic homes is the Eppington Plantation, built circa 1768. The home of Frances Eppes VI, a successful farmer and the brother-in-law of Thomas Jefferson, is an excellent example of 18th-century Georgian design. Featuring a three-bay, two-and-a-half-story central block design with a hipped roof, dormers, and glancing one-story wings, Eppington is well persevered and looks very much as it did 250 years ago.

In Chester, it’s easy to step into history – look right next door and experience the history of where we live.

Planning ahead will set you up for holiday gifting success! ... See MoreSee Less

The One Budgeting Tip Experts Swear By When Gift Shopping

’Tis the season to spend! Overdoing it in the name of delighting your loved ones happens — a lot. But if you’re looking to stick to a budget or refrain from draining your savings when treating y...
View on Facebook
· Share

Today, on Black Friday, retailers go from “being in the red” to “being in the black” because it’s the day of the year when they finally start making a profit. So get out your pocketbook and be prepared to shell out some cash, because the Friday after Thanksgiving is the biggest shopping day of the year! Check to see what big stores have sales here: blackfriday.com/ ... See MoreSee Less